The marble is a natural product, is a compact metamorphic rock, subjected to high temperatures and pressures reaching a high degree of crystallization. Its basic component is calcium carbonate, exceeding 99% as in the case of Marble Macael.

The marble is exploited since ancient times. The archaeologist Luis Siret located in Mojacar, Almeria, a set of beads and statuettes or idols, made of marble of Macael of the year 2700. C. The culture of Argar in these lands, also used marble Macael, as he discovered the same Siret in deposits dated between 1700 and 1200. C. The marble was used as a valuable commodity among Argaric tribes.

In Roman times in Southeast Hispania Romans they had consolidated their occupation with cities like Baza, Almuñécar, Guadix, Vera or Mojacar. Tíjola, in turn, was a major population center very connected to the use of the quarries of Macael. With the Romans, the economic boom will result in a systematic and intensive exploitation of the marble, which has been found in places of Extremadura, such as columns and theater in Mérida structures to the years 16-15 B.C.

In times of Abderramán III is created in the Sierra de los Filabres an industry related to mining and grinding stone on site, to which was added an excellent styling final duty stations by sculptors and artists . During the Moorish period, the marble Macael would be exported by different routes to Niger and Senegal. From the thirteenth century we are seeing the highest degree of professionalism of the office in the quarry and classification of teachers, peers and builders created.

It was also used in the Renaissance: Royal Chapel of Granada, Palacio de Carlos V at the Alhambra in Granada, and as a singular work the Castillo-Palacio de Velez Blanco from sixteenth century, which patio, the Patio de los Vélez, is currently exhibited at the Metropolitan Museum of New York (see photo).

One of the most outstanding works in the Renaissance was the Escorial Monastery, made of marble Macael between the years 1563-1584 by Philip II, considered the eighth wonder of the world.

Already in the Contemporary Age, Macael marble was used for the Royal Palace, the staircase of the Mining Museum and the Monument to the Constitution in Madrid.

Marble is a symbol of nobility and luxury from its history. 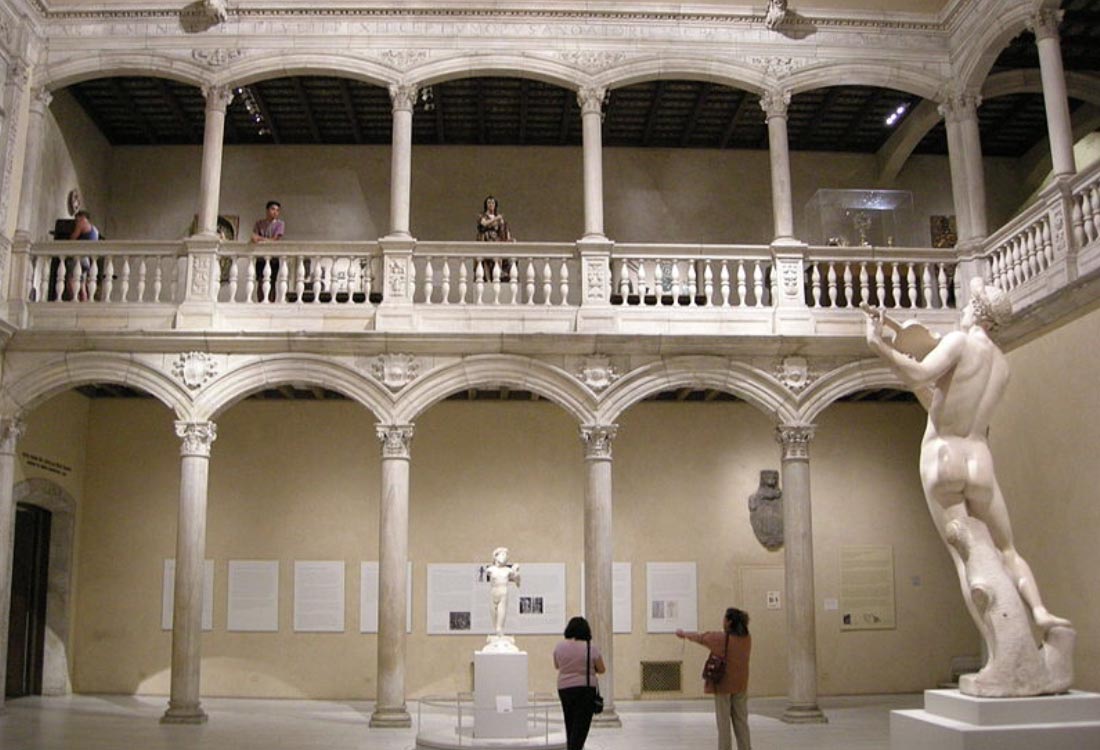